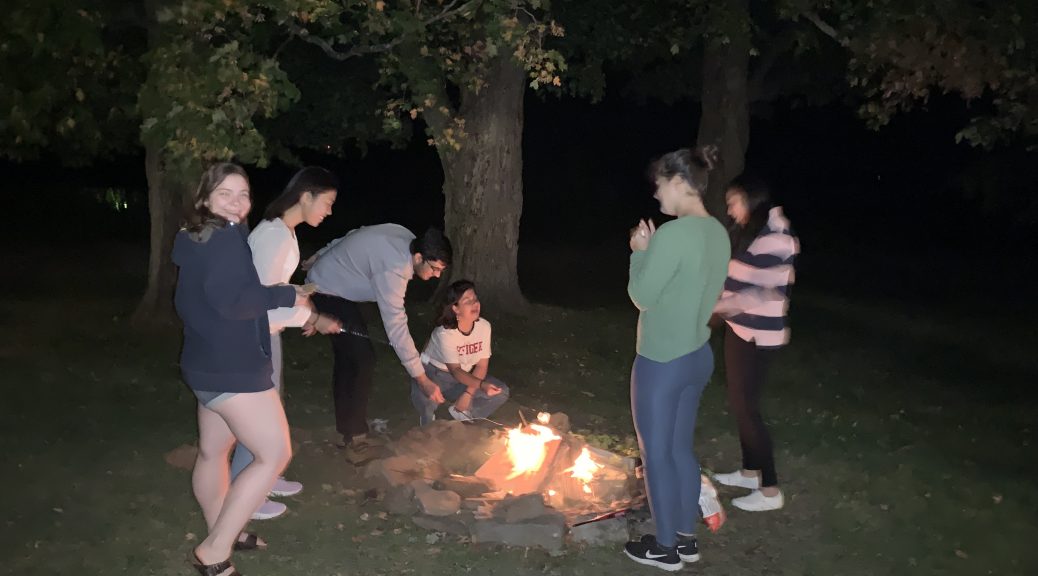 On Friday, September 27, we traveled to St Lawrence University to understand immigration trends related to the US-Canada border and their broader implications on the communities and populations surrounding the region as well as the immigrants themselves. The weekend trip was really an opportunity for us to engage with professionals from diverse backgrounds, including academia, law, community leadership and immigrant advocacy, on various aspects related to immigration. It was also interesting to understand that the core challenges related to immigration that we have studied in our course on “Economics of Immigration”, such as discrimination against immigrants and their lack of legal representation, often surface in the daily work of these professionals and are even central to the fundamental issues that surround immigrant advocacy.

We were fortunate enough to hear from Dr. Neil Forkey, Assistant Professor and Chair of Canadian Studies at St Lawrence University, who was our first speaker for the weekend. His talk broadly focused on the general trends and patterns of migration from Canada to USA. Dr. Forkey talked about the North American Free Trade Agreement (NAFTA), which is an agreement among United States, Mexico and Canada to remove tariff barriers among the three countries. Dr. Forkey used insights from past literature in academia and empirical evidence to discuss the impact of NAFTA agreement in changing the flows of immigration within North America.

Dr. Forkey also elaborated on particular regions in USA which have attracted immigrants from Canada and how such trends have changed over time. Dr. Forkey highly emphasized the role of knowledge of English language, or common language background, and geographical proximity of Canada to the United States as two crucial factors that have historically influenced the magnitude and nature of flow of immigrants between the two countries. After discussing the immigration trends among United States and Canada at length, Dr. Forkey also emphasized the key distinctions between immigration policies in Canada and in the United States. The presence of world class higher educational institutions in both countries ensure an increasing flow of international students in both countries, and hence education is a crucial driver of immigration in both countries.

After Dr. Forkey’s insightful talk, we heard from a panel consisting of Chelsea Francis, Brian David and two other members serving in leadership roles in the Mohawk Council of Akwesasne. The panel started by giving a broad overview of the Akwesasne territory. They then emphasized time delays and other specific problems that result from border security checkpoints within Akwesasne’s territory. We were all appalled to hear that most members of Akwesasne often carry four to five IDs, validating their membership with the tribe, a leadership position within the tribe etc., in order to cross the border checkpoints on a daily basis. There are serious time delays in crossing these border checkpoints, which have necessitated the members of the tribe to seek arrangements for emergency situations.

The panel then interacted with us on various questions we had related to their experiences with immigration. The diversity of the panel, in terms of experience and position, helped us gain a diverse yet specific outlook on the experiences of native communities with immigration. After the panel discussion, we returned back to our house wherein we reflected back on our discussions from the day and celebrated by having a bonfire.